A guide to forgeries and fakes

« Faux et Truqués » is a guide to forgeries and fakes of France by a leading expert, who specially emphasizes how they were made.

1 - Short presentation of the author and its book

1. Short presentation of the author and its book

« Faux et Truqués » is a French book written in 1980 by Jean-François Brun.

He is also a member of several national and international philatelic associations and has signed the Roll of Distinguished Philatelists in 1998.  Jean-François Brun is the grandson of the philatelic expert Aimé Brun (1887-1969).

This book isn’t a catalogue or systematic description of all known forgeries, of France or any country. All forgeries described are only to illustrate the principles.

The introduction deals with the methods of printing of genuine stamps and the techniques of examination to discern the total fake, whether made to defraud the posts or just unwary collectors.

The explanation of each process is accompanied by examples of forgers’ work and how the forgery falls short.

Definition of forgery: when the whole stamp is completely forged. 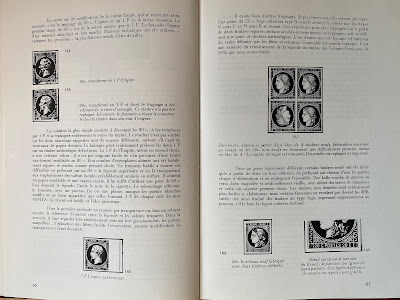 Definition of fake: when changes have been made to the original stamp (such as by adding a forged overprint, a forged or enhanced cancellation or other additions etc.) so as to give the appearance of a rare stamp. 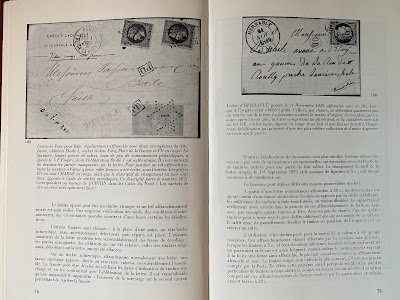 As written by the author, this book is not about turning collectors into experts. It's impossible.

This book is aimed at an audience of collectors with a advanced level of philately. It can serve as a reference and be reread if necessary. I think that to properly assimilate its content it’s necessary to hold fake stamps and to compare with genuine ones.

A large part of the material illustrated is from issues of the French classic stamps and the quality is quite good for the beginning of 80s. That said, there are a lot of black and white illustrations and too few in color. 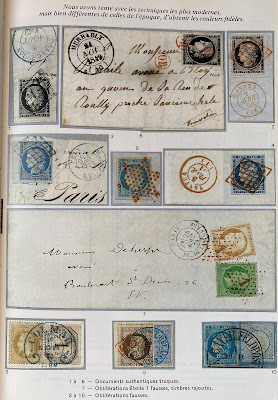 The explanations of various methods of stamps production are in themselves especially concise and clear with excellent illustrations and some photos of actual stamps and covers.

This is a important work on forgeries and other falsifications that all serious philatelist must have in its library. This guide applies to stamps from France but not only because it can be used for stamps from other countries printed in lithography or typography.

This is the 1st edition and there exists a 2nd one issued in 1989 which is only a reprint.

👉In 1993, the American Philatelic Society has published an English version: "Out-Foxing the Fakers. APS 1993".